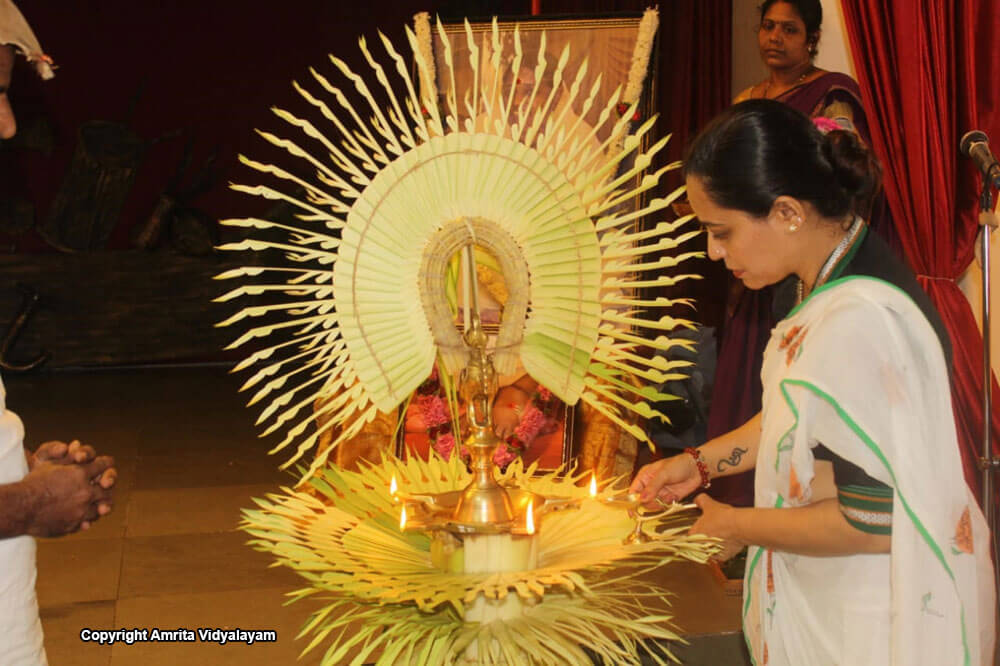 The special celebration of Aatid Onji Dina was held at Amrita Vidyalayam on July 27, 2019 at 10:00 am in Amriteshwari Hall. The Chief Guest for the programme was famous Kannada and Tulu actor, Mr. Prakash K. Thuminad. The guest was escorted to the dais by Senior Principal Mr. Ramachandra Bhat and Vice Principal Mrs. Anupama Rao. Aatid Onji Dina is a unique celebration that was organized by our Amrita Vidyalayam. We are also the first school in Mangalore to conduct such a cultural event. The intention of the programme was to keep Mangalore culture alive in this era where modernization is taking over the present generation. Students of the school were given the opportunity to understand local culture and customs, and spend some quality time with their parents and family as well. The programme was hosted by Mrs. Nayana Rajath in Tulu and Mrs. Shruthi Rao in Kannada to promote the languages of Mangalore and Karnataka. 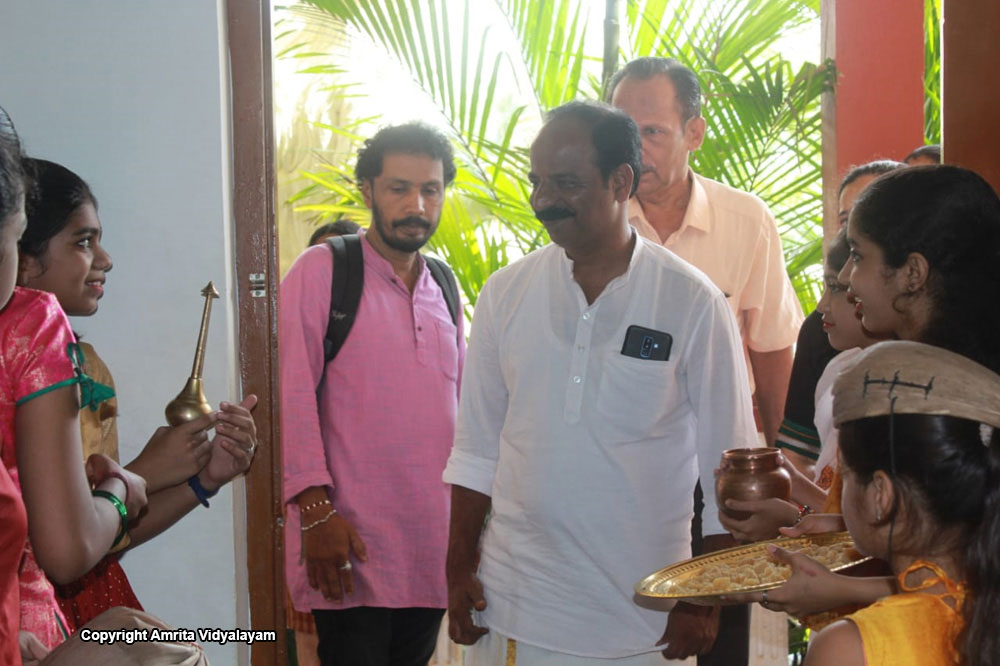 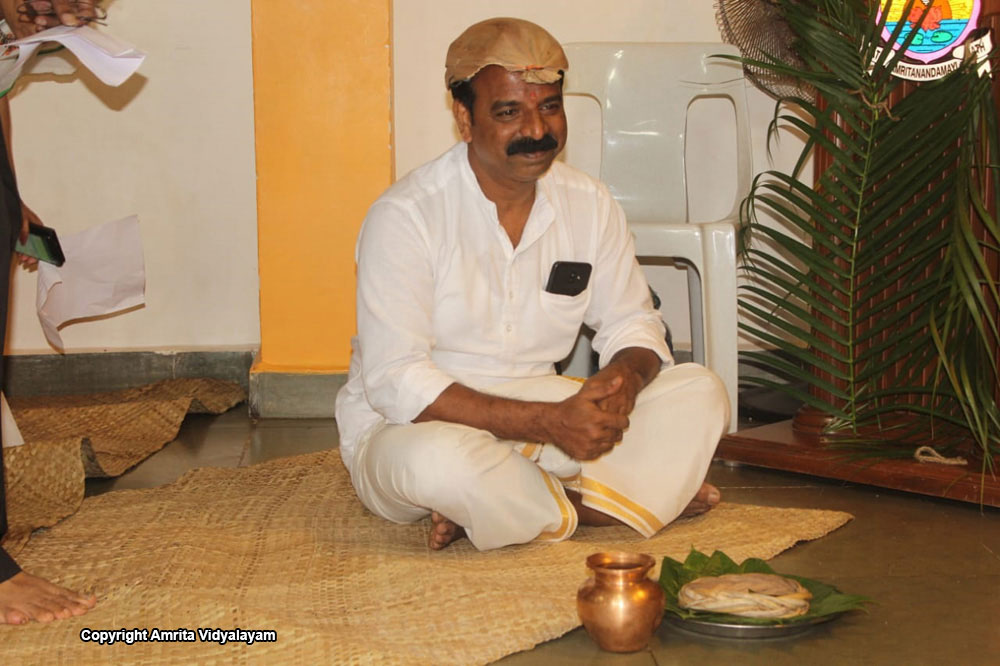 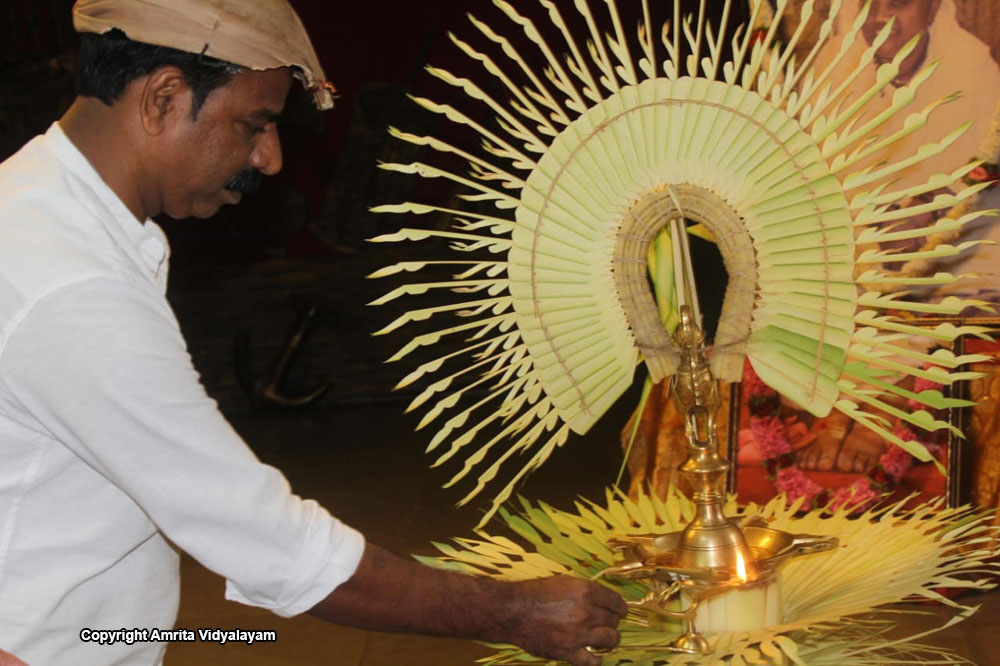 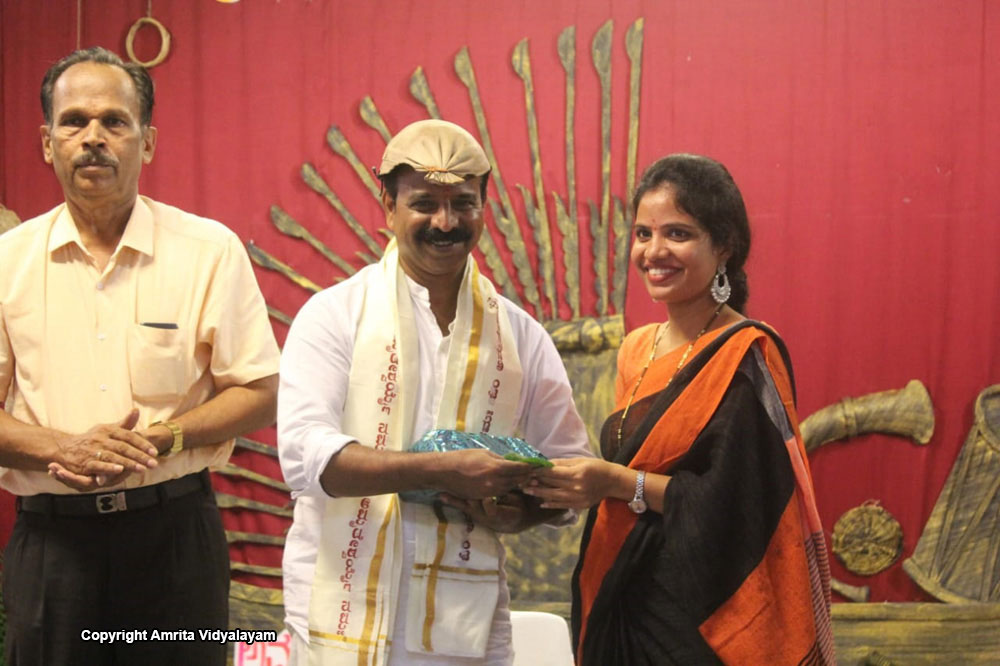 The programme began with prayer and lighting of the lamp led by the Chief Guest and other dignitaries. This was followed by a video of the guest followed by introduction of the guest to the gathering. Vice Principal Mrs. Anupama Rao surprised the gathering by welcoming them in the local dialect Tulu. In addition, Mrs. Kalavathi spoke about the importance of Aati, and a video on the cultural heritage of Tulu Nadu was presented.

The Chief Guest addressed the gathering, expressing his pleasure at being part of the celebration. He said that there are many customs that we follow in our daily lives without ever wondering about the reason behind them. He was impressed that a part of it was being explained through the celebration, adding that he had never heard of an educational institution holding such an event to keep our culture alive. He expressed his wish that the school would conduct such events more in the coming years. He also said that the joy of being present at the function was equal to the joy he felt at the success of the movie that he had acted in. He wholeheartedly congratulated the school, and urged parents to identify the hidden talents and strengths in their children and encourage them to pursue those talents rather than just pushing them in academics alone. The Senior Principal and Vice Principal felicitated the guest.

Various cultural events were also organized as part of the day. There were two group dances by parents, one by students, and one by teachers. Parents also presented two songs. After the cultural programme, Mrs. Kalavathi offered vote of thanks to the gathering. 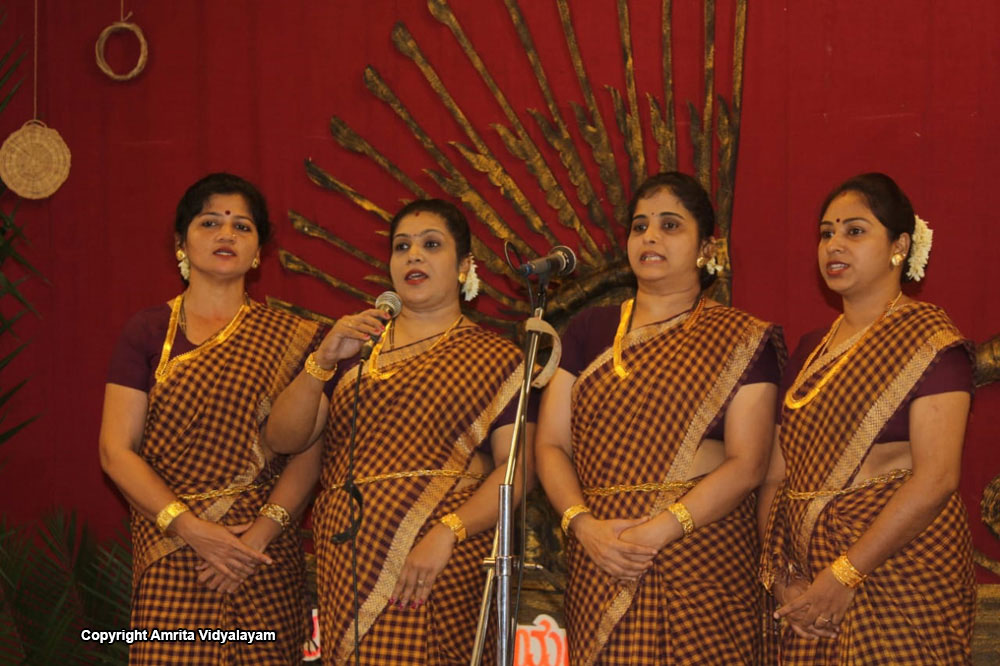 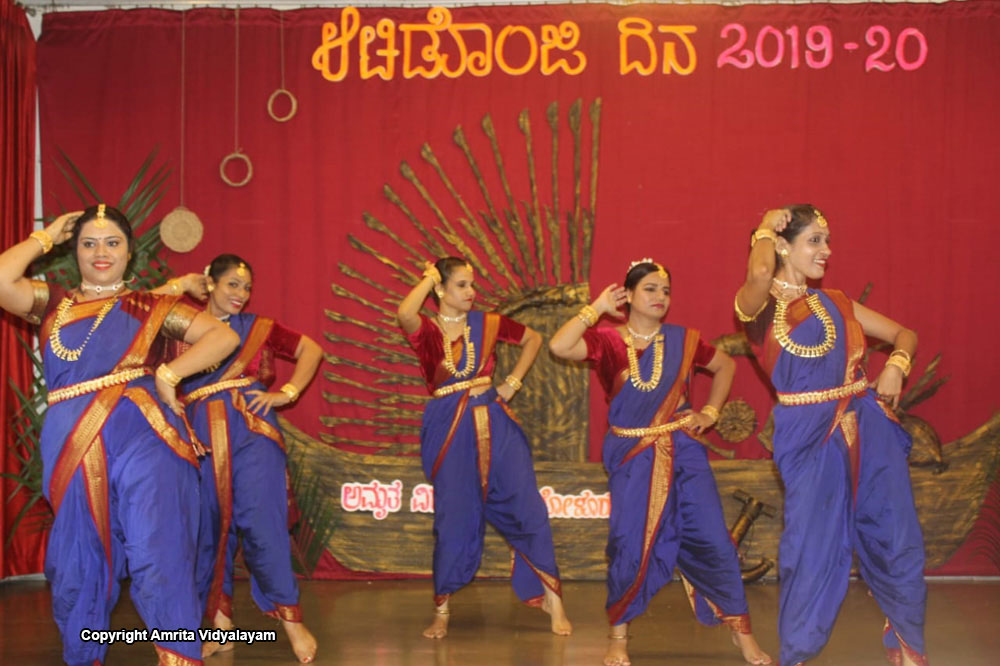 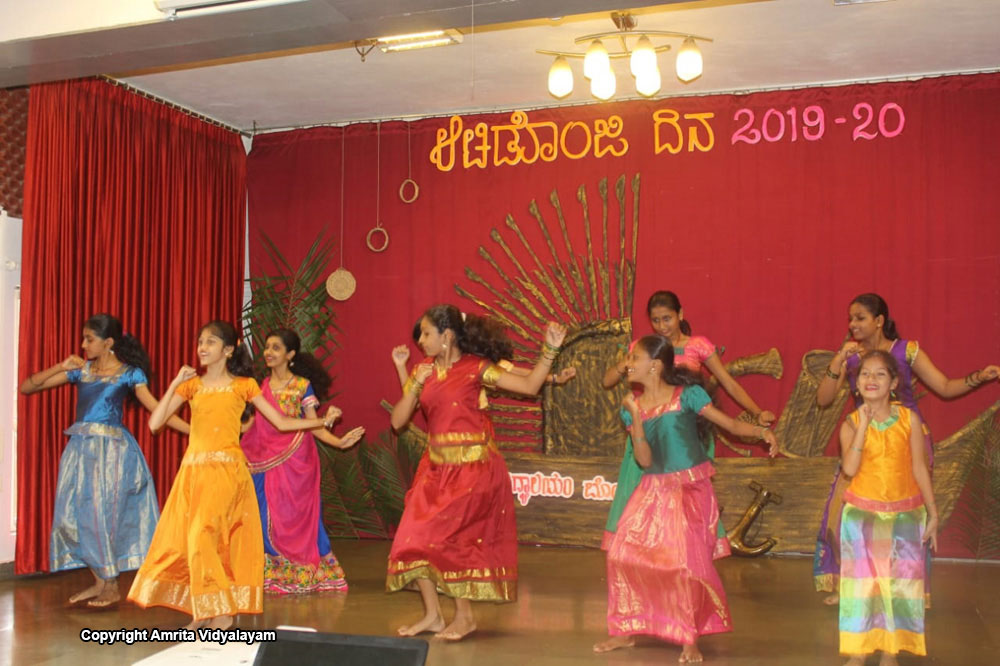 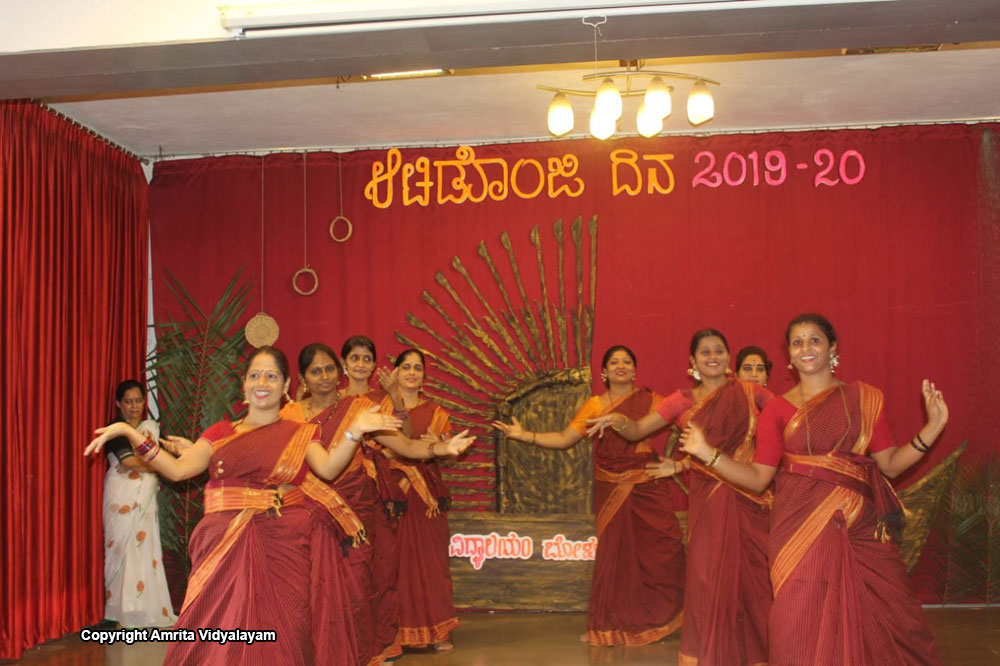 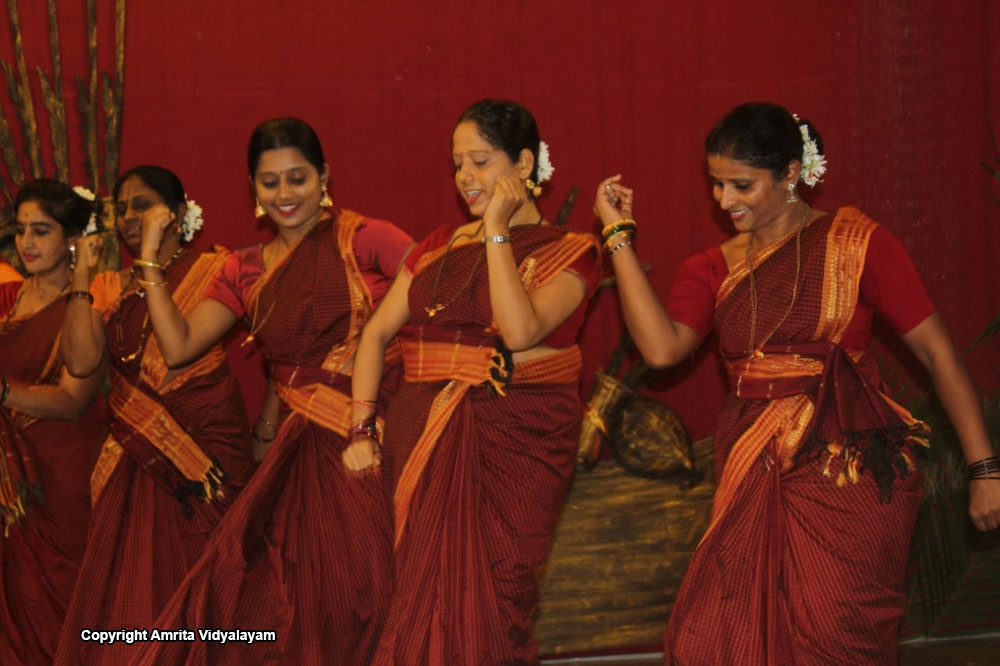 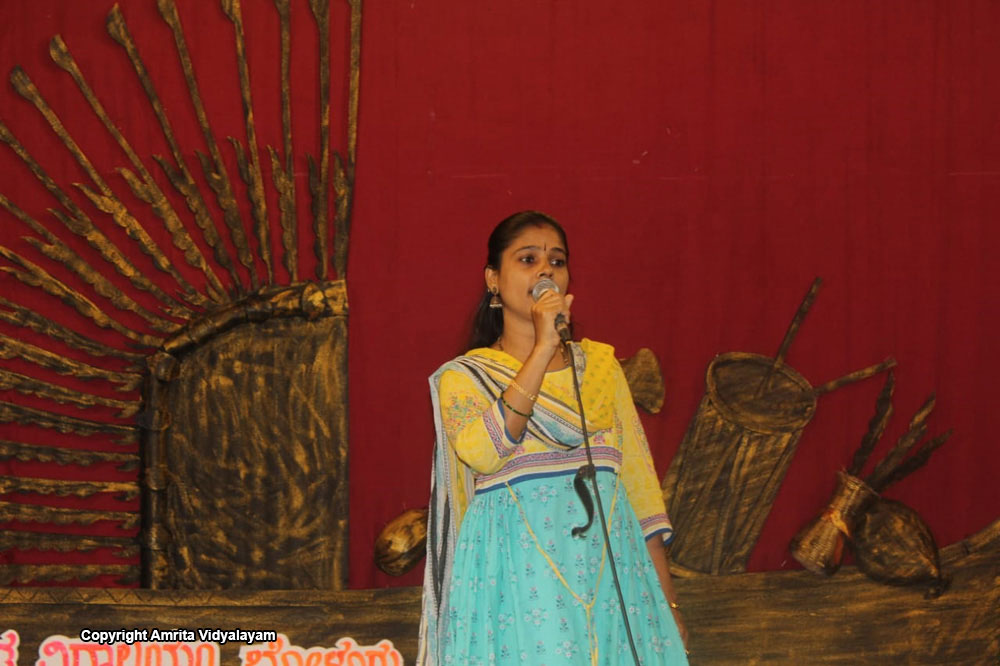 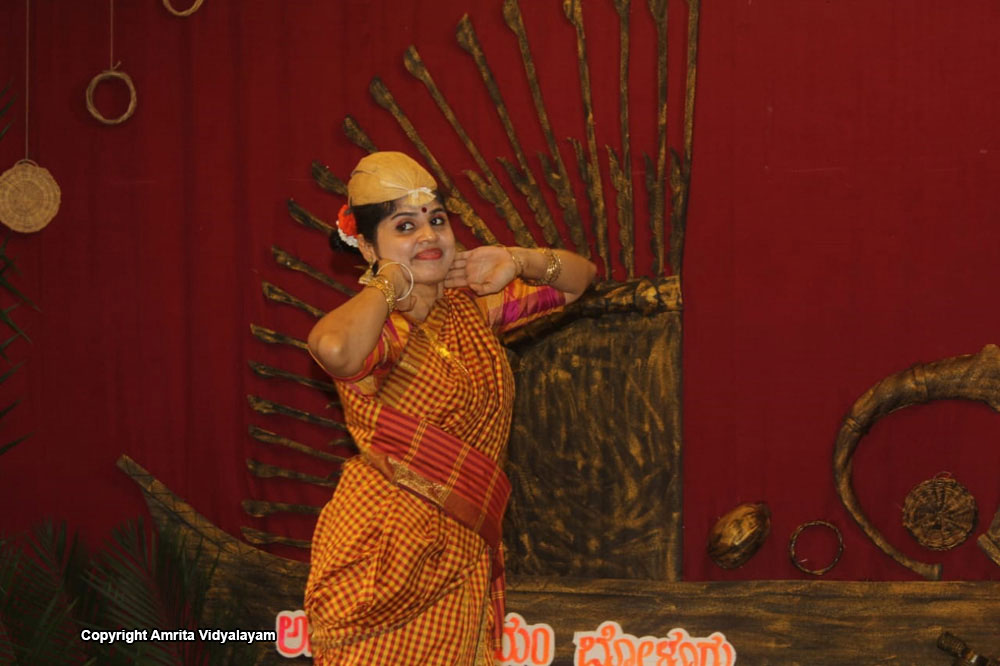 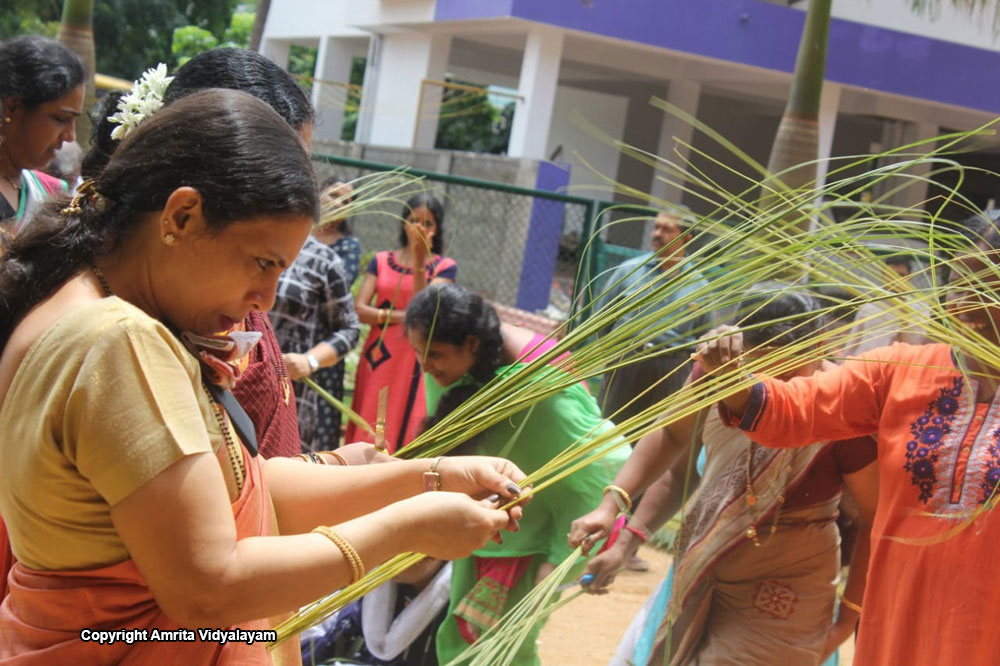 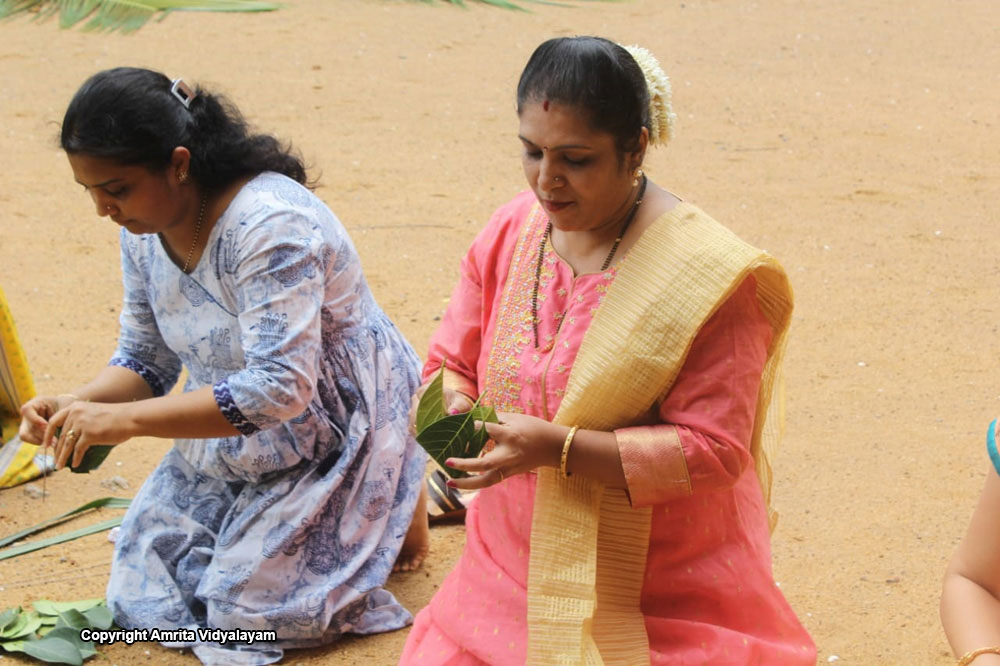 The entire gathering then moved out onto the grounds to participate in traditional games. Making of brooms from coconut fronds, making of Gunda mould, fathers and mothers dragging the dry coconut fronds to the finish line with their children seated on it, etc. were the different competitions held as part of the festivities. It was indeed a fantastic experience for everyone present. After the competitions, the school heads distributed prizes to the winners, and all proceeded to Amriteshwari Hall for refreshments. 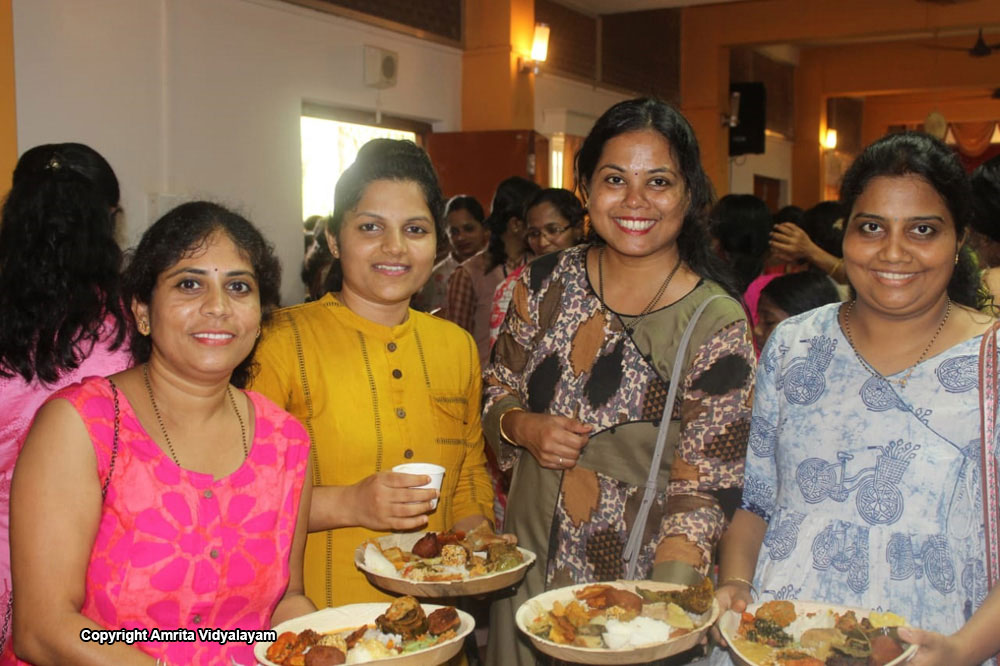 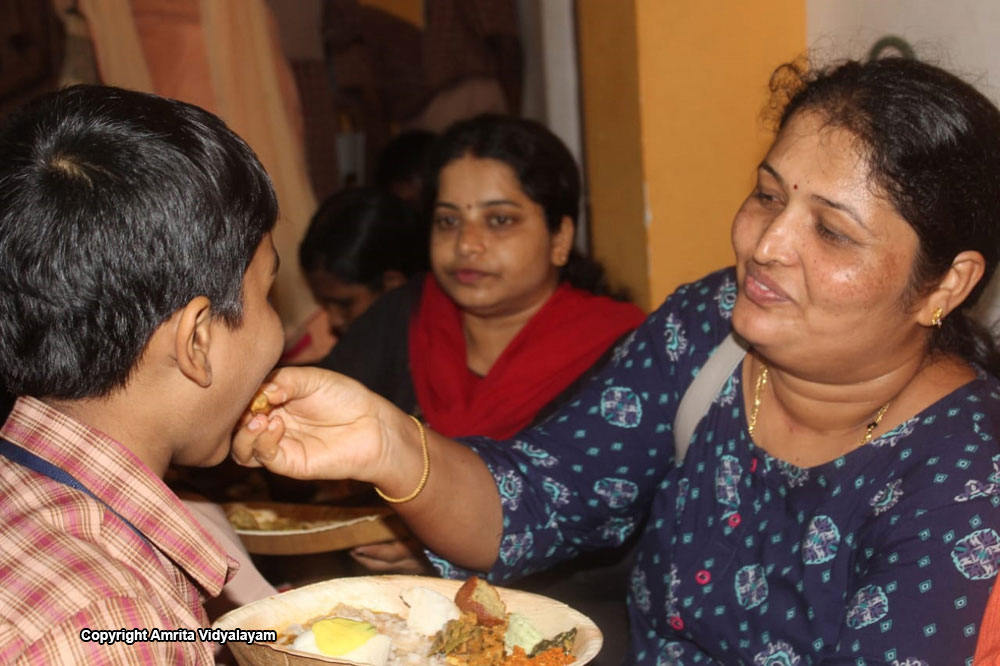 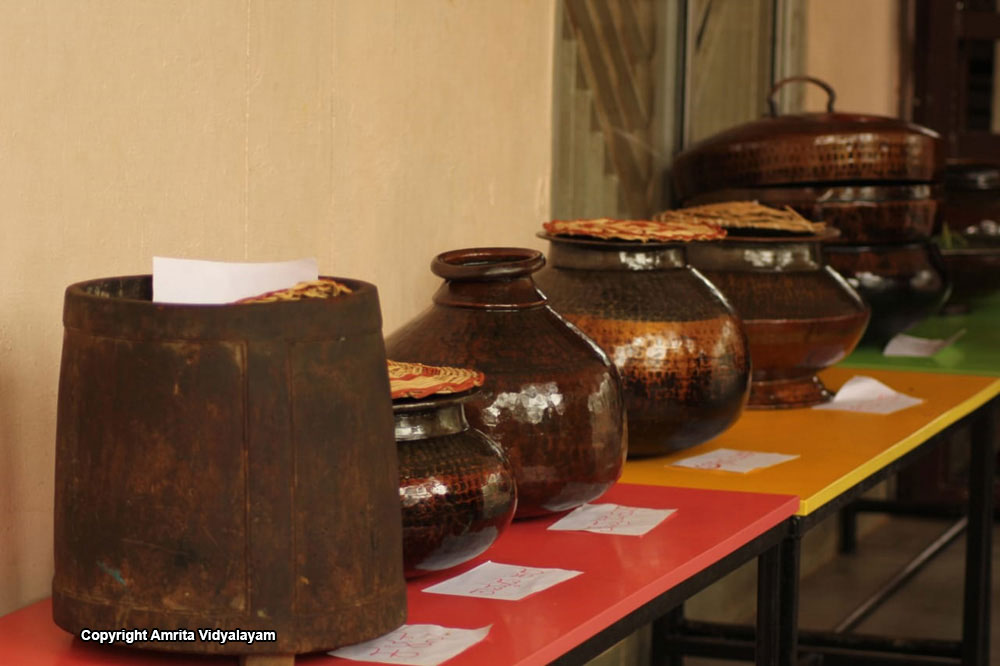 The specialty of the food that was served was that they were traditional homemade delicacies brought by parents and teachers, making it a large family gathering celebrating the festival together in a loving atmosphere. Various special Aati dishes such as Pathrode, Masale Pundi, Thimire Thambli, Mulka, Kottige, Panpathli, Ganji-Chatni, Podi, Kottige, Payasa, etc. were served with a lot of affection. Parents and their children took food in one plate and ate together which was a wonderful sight. Each family jointly sitting on the floor and having food from the same plate is a lost tradition that was revived on the campus of Amrita Vidyalayam School that day. A display of several traditional utensils that were used in Mangalore households in olden days was also arranged against a backdrop of various traditions that are seen in our beloved Tulu Nadu.

The programme came to an end after the lunch gathering, and parents gave their feedback on the display where the school had arranged for them to pen it down. The magnificent programme will be cherished forever in the memory of each and every one who was present.