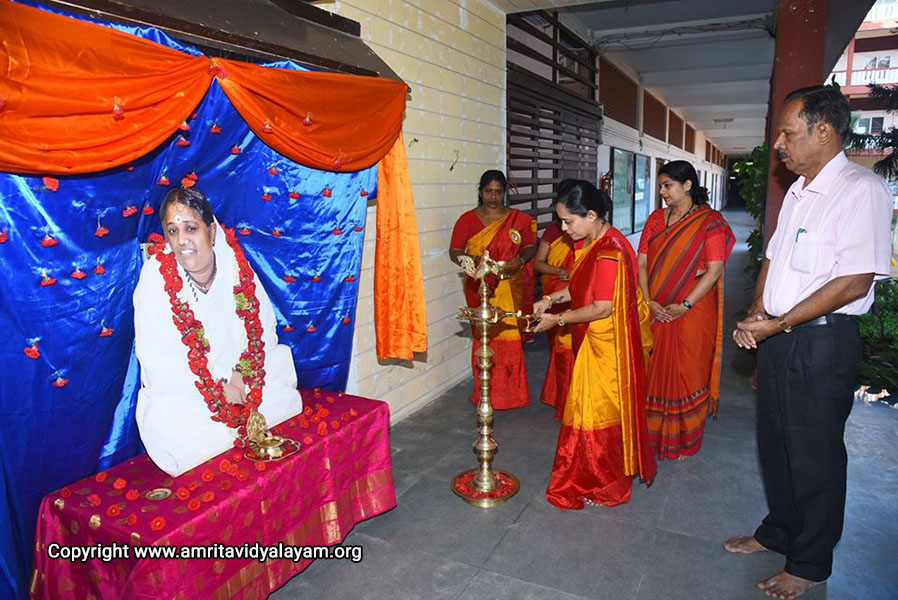 Annual Sports Meet is an important event in every school. Sports activities play a vital role in making a child physically sound as well as mentally strong. The Annual Sports Day for our Pre-primary wing was held on November 23, 2019. The Chief Guest for the day, Mrs. Archana Baliga, Director of Skill Skool, was welcomed and escorted by the Vice-principal and the PRO to the school grounds. The entire playground had been marked in white for the events.

The colourful day began with the energetic synchronized marching of little feet to the rhythm of the band, followed by the active athletes undertaking the torch run and finally the oath taking ceremony. Parents and spectators could not wait to watch their tiny tots take part in the various sports events.

The Chief Guest unveiled the mascot with the theme Save Water, depicting a flower trying to get every drop of water from a tap to survive. This was followed by the release of balloons and doves into the air. In those soaring colourful balloons were the beautiful aspirations of our tiny little students, and the meet was declared open.

The tender little children then performed various drills and kept the audience enthralled. The 100 metre race, relay race and hurdles followed, and the little ones participated without any apprehension, innocently supporting their opponents. The winners were awarded medals by the dignitaries. Mrs. Archana Baliga delivered a meaningful speech, remarking that we adults have lost our innocence and how we should try to become more like children. She added that children are just happy by nature and do not need a reason to be happy.

At Amrita Vidyalayam, it is not just the children who participate in the events. The support staff too helped in organizing all the events and cheered the children by literally running along with them. Not to be outdone, the enthusiastic parents too energetically participated in games and won prizes.

Thereafter, the Vice-principal presented a memento to the Chief Guest and thanked her for her valuable time. The vote of thanks was delivered by Mrs. Naina Shetty, thanking each and every one for sportingly cheering during the events. Mrs. Swetha Pai who hosted the event asked everyone to rise for the national anthem, and the program came to an end.