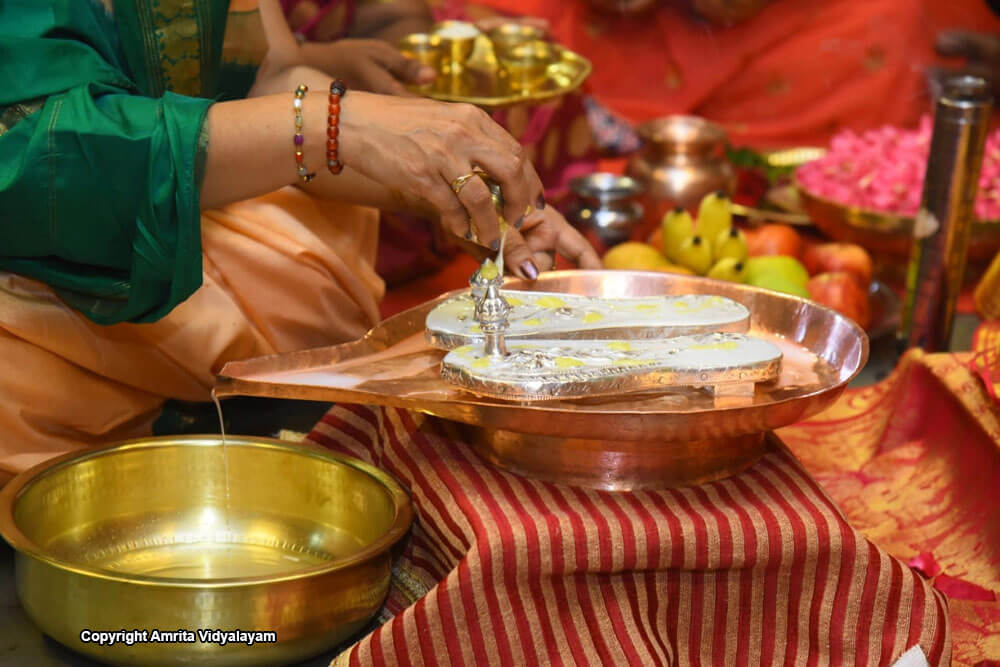 The grand and traditional Gurupurnima celebration was held at Amrita Vidyalayam School on July 16, 2019 at 3:00 pm in Amriteshwari Hall. The Chief Guest, Mr. S.A. Prabhakar Sharma KAS (R) was escorted to the dais by Senior Principal Mr. Ramachandra Bhat along with the Correspondent of the school, Bri. Mangalamrita Chaithanyaji and Vice Principal Mrs. Anupama Rao. 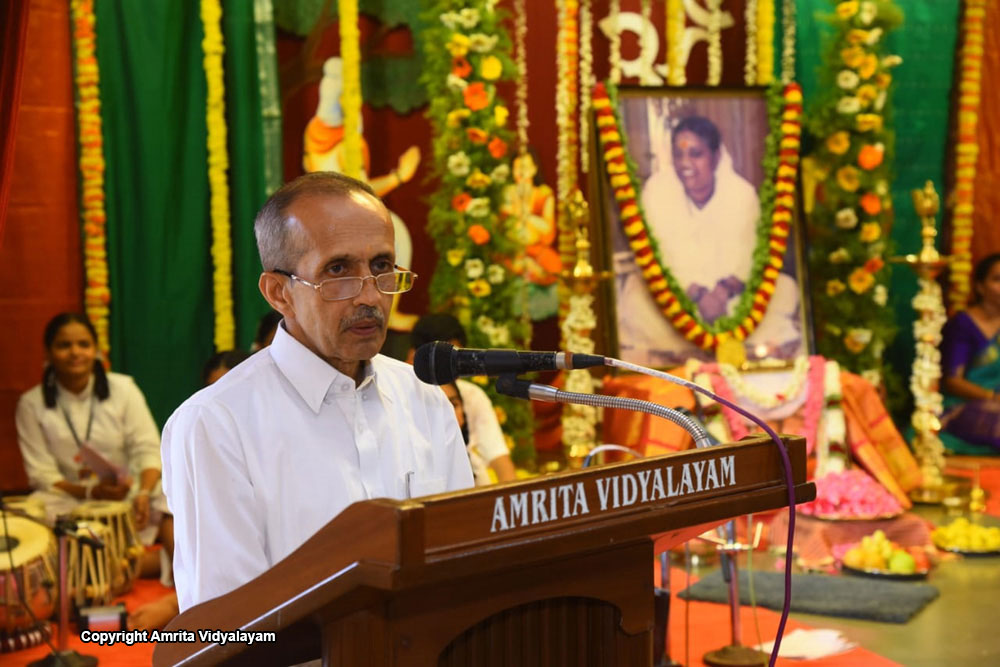 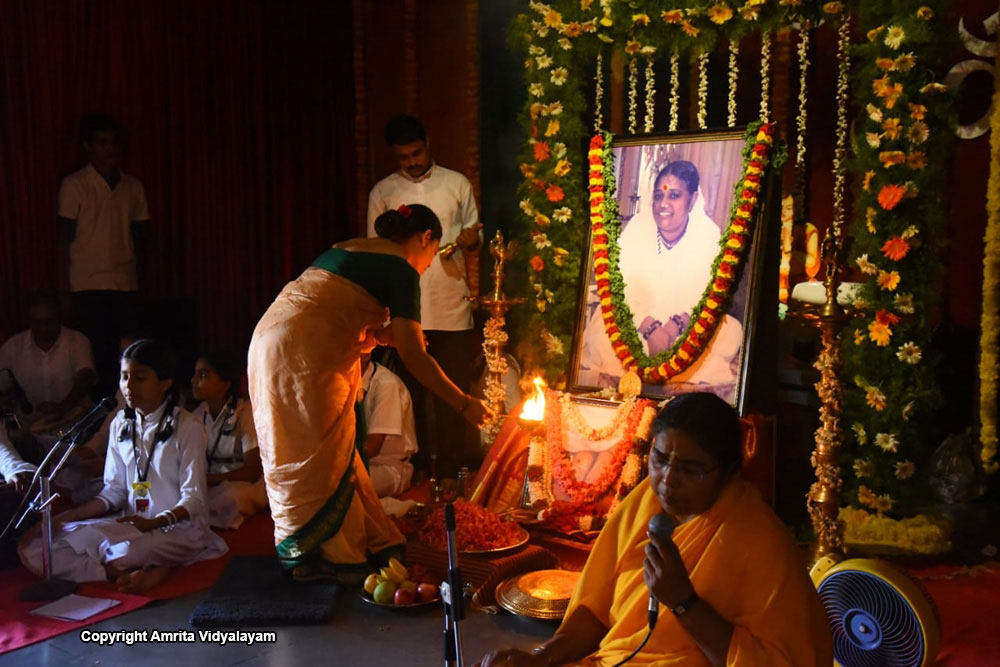 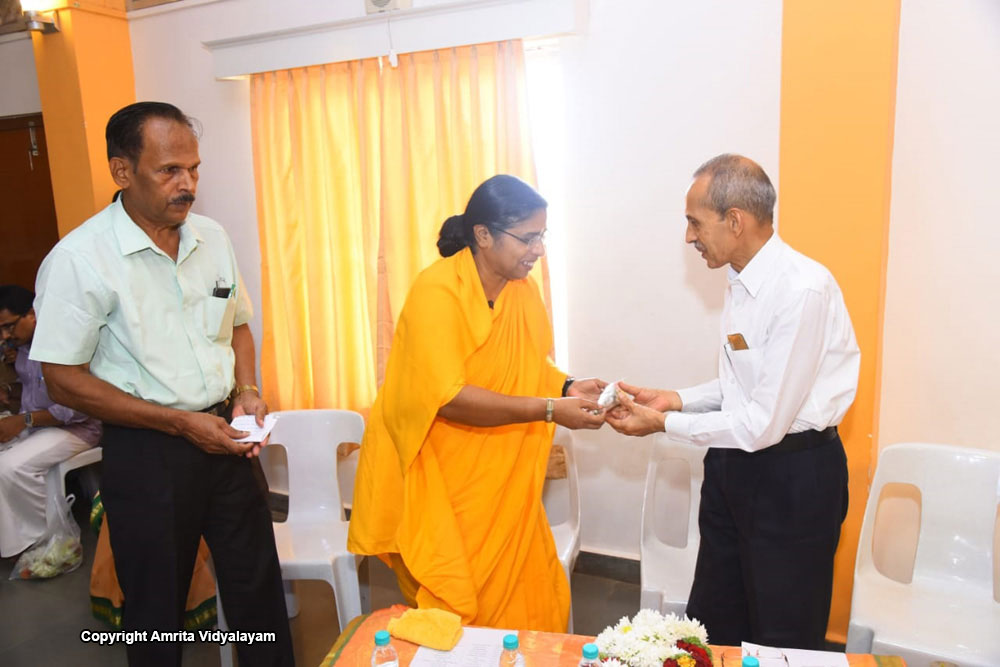 The programme began with prayer followed by the lighting of the lamp led by the Correspondent and the dignitaries. This was followed by a welcome dance in pure Bharatanatyam style by students. The school anthem was then sung with great pride and devotion. The Chief Guest was introduced to the gathering by Mrs. Shruthi Rao and the gathering was formally welcomed by Senior Principal Mr. Ramachandra Bhat.

In order to enhance the divinity of the occasion and to get everyone involved in the celebration, a bhajan programme was organized followed by a cultural programme by students which included a dance about the beauty of nature at sunrise, and a skit about the sacrifices made by the father in a family to depict parents’ love towards their children. The skit spoke about the silent sacrifices made by the father who is the pillar of the family, but is less understood and less recognized as well. The audience was definitely spellbound by the performance of the students. 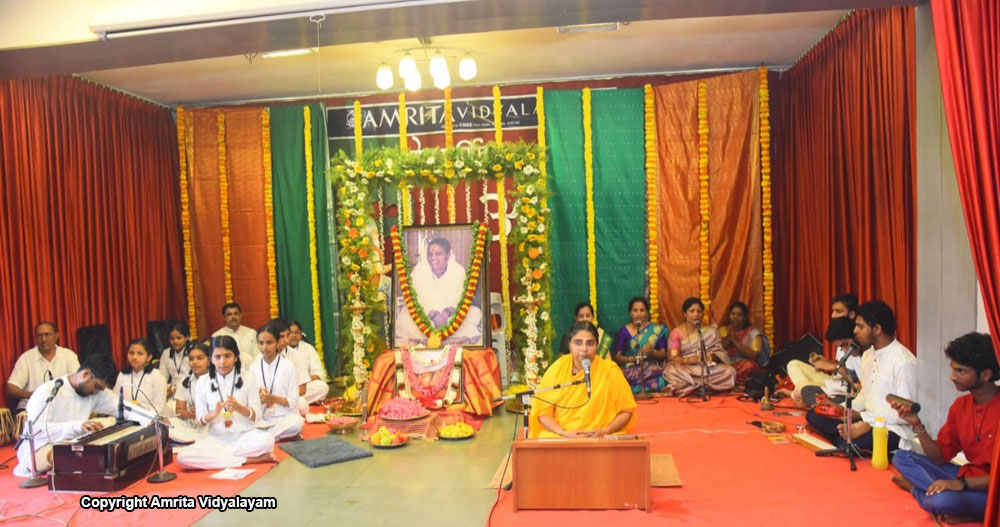 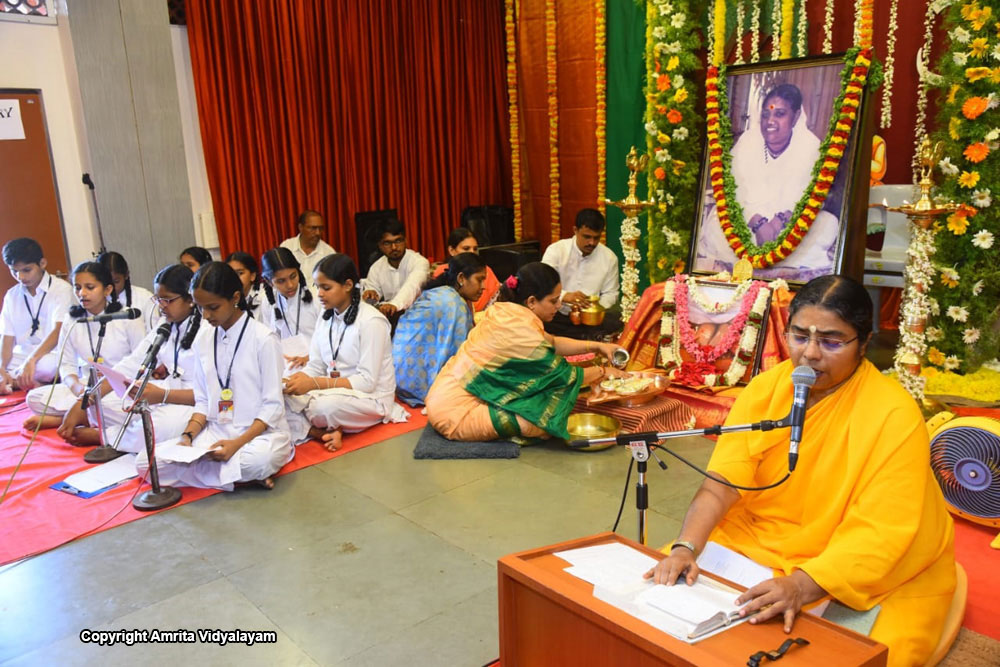 The Chief Guest then addressed the gathering, expressing his great regards for the values imparted by the institution to every child. He appreciated the culture and values imbibed by the students, and told the parents that they had made the best decision in sending their children to such a systematic and value based educational institution. He also expressed his pleasure at being part of the Gurupurnima celebration.

Later, two of the parents, Mrs. Anitha, mother of Rachana (Std. 10) and Mr. Narayana, father of Dhanya (Std. 7) stepped forward to express their sincere gratitude to the school for providing such a wonderful opportunity for them and their children to learn the culture and traditions of our land. They also mentioned that it is a true blessing for them to be part of this great institution, and felt privileged to be part of the school as well as such activities. They also expressed happiness that their children are not only gaining knowledge, but also the necessary values and ethics to shape their personality in order to be the best citizens.

Swamini Amma then brought the programme to a close by conducting mangala arathi. Mrs. Anupama Rao expressed her gratitude to the guests and the gathering, and prasad was distributed to all by Swamini Amma.

The programme was hosted by two students from Std. 10, Aaryamann and Vrinda.