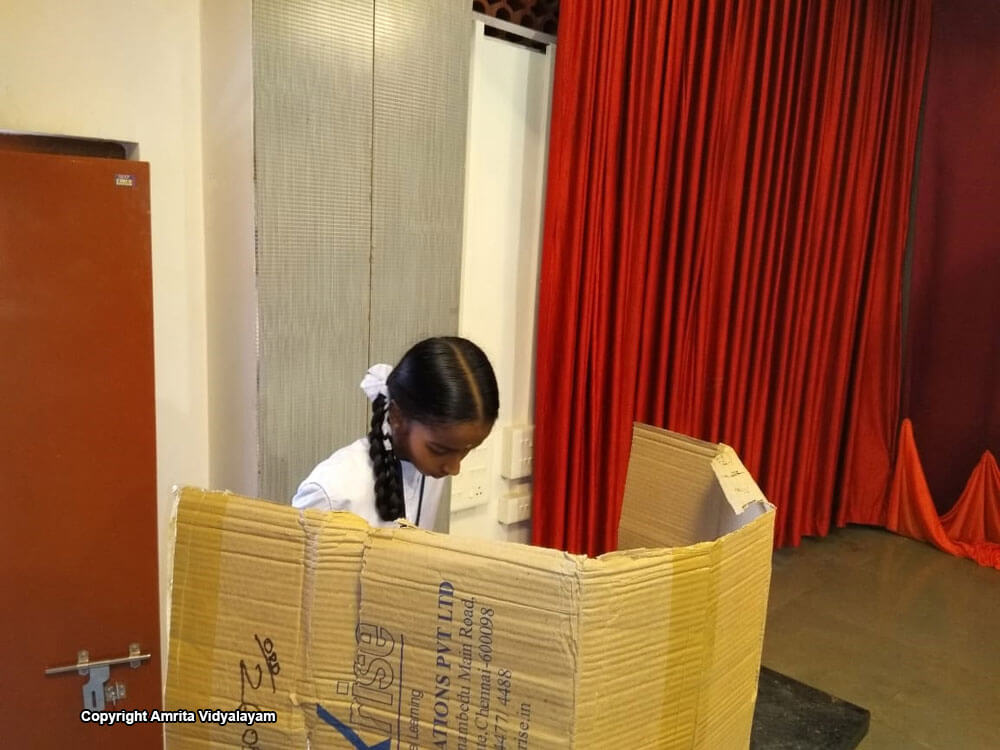 In connection with the election, the school allowed the contestants to conduct a pre-election campaign on the previous day by giving a speech in the assembly. During the campaign, Mrs. Sunita explained the proceedings of the election to the students.